Please enter your registration to customise the search for your vehicle

Based in Maidenhead in Berkshire, AlcoSense Laboratories is a leading manufacturer of alcohol breathalysers. It all started back in 2005 after Hunter Abbott, AlcoSense’s Managing Director had a wakeup call…
“I was at a friend’s wedding and James and I had been drinking together at the reception, we were definitely merry but I wouldn’t say we were drunk. The following morning we left the hotel at about noon, James went his way and I went mine. I got home safe and sound but later that evening James called. He’d been stopped by the Police for speeding, got breathalysed and failed.
All of a sudden I realised that James and I had been matching our drinks, I too was probably over the limit when I was driving home from the wedding, completely unaware that I was. James lost his licence for 12 months, and then shortly after he lost his job as a result. The problem was that there was no way of telling when the alcohol had cleared your system, and because everyone’s different you can’t even calculate it.”

After 2 years of research and development AlcoSense was launched in September 2007. Since then AlcoSense has stopped over 50% of its customers from unintentionally drink driving the morning after, saving countless lives in the process. 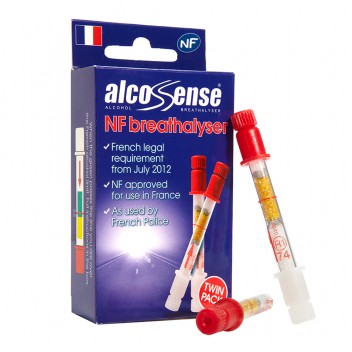